The Margaret Rose Kennedy Foundation was initially created as a donor-directed charitable foundation on July 7, 2006. Next we were incorporated in the state of New York as a domestic not-for-profit corporation on May 14, 2007. We received recognition from the IRS as a 501(c)3 public not-for-profit on December 9, 2008 with the effective recognition date backdated to July 15, 2008. Our mission is to provide need based financial aid to those with cancer related medical expenses not covered by health insurance 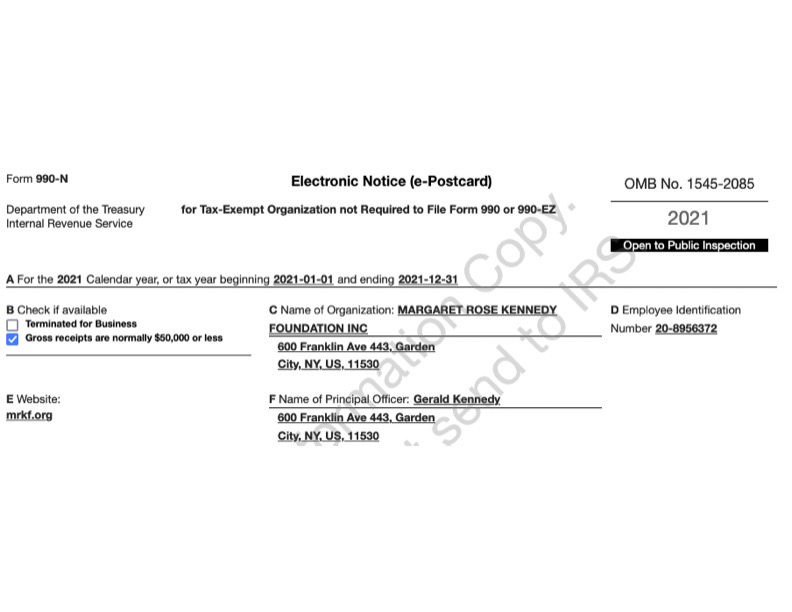